I have long lamented the lack of local coffee shops that aren’t also restaurants or bars on Long Island. It feels like there are almost none at all, which is understandable, considering the enormous number of Duncan Donuts, Starbucks, and 7/11 chain stores dotting the island. There are no less than five closed independent coffee shops on Google Maps in the nearby town of Saint James, all of which either out competed each other or were snuffed out by the aforementioned horde of soulless, corporate chain shops.

There are some holdouts out there, with the notable standouts being a coffee shop in Huntington that is also part of a independent cinema and a coffee shop inside a local bookstore, also in Huntington. I am pretty sure that Patchogue on the south shore also has a coffee shop, but I haven’t been to see it, so I can’t judge.

After complaining for quite some time, I was told by several different people about a new place called Locals Cafe that is very close by, in the town of Port Jefferson. A number of my friends have started going there to do work from time to time, so I figured it was about time to quit complaining and go see for myself. 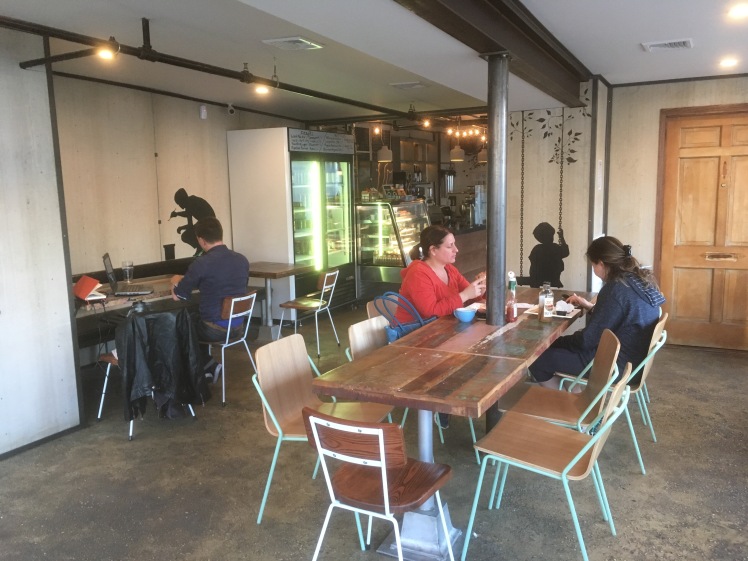 I visited a few days ago, and not only is it a welcoming place with good lighting and seating, but it also serves beer and had several of my friends in it already working when I got there, without any collaboration between us. I must say, that after so long without a proper coffee shop I had almost forgotten what it was like to just sit in a place and hang out with no pressure. New York generally doesn’t feel like the most welcoming place in the world, but there are at least a few islands of welcoming atmosphere out there, you just have to seek them out and intentionally support them to keep them alive.